The first one wasn’t too much of a mind-boggler… here was the context:

“Due to a king tide, the sailing trip had been delayed”

Nothing too weird about that – you can understand that the ‘king’ bit means ‘large’.

But then came another news report…

What the…? Is it just me or is that a really strange expression?

Then later in the week, my husband and I decided it would be time to take out some life assurance. We made an appointment with a very stereotypical agent; who managed to get us covered for nearly every eventuality known to man (I’m sure I’m never going to take up ‘free-running’) but the expression he used during the meeting was..

“You may be better to add on income protection at a later date; as it might make your premiums to exy”

The penny dropped a few moments later, during an unrelated conversation – which made me realise that he meant ‘expensive’

Only in Australia could they abbreviate a word like expensive and get away with it!!

Oh, I love living in Australia…  just keep tuning in so you can get the insider info – that the other sites don’t tell you!

Have a great week x 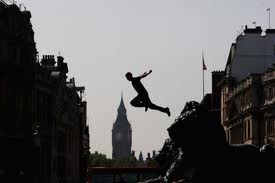 One thought on “Australian phrases”